I had an interesting discussion with Arie concerning the position of man and woman in the Indonesian society. It was confronting my western point of view. My observation were : I hang out mostly with man, it is mostly man who chill in the coffee shops or sit outside chatting. Also in Jaf there is a woman employed for cooking and cleaning, therefore men mostly just help themselves with food (while some woman still cook). For me the woman are more busy, and staying with kids at home. Also, the big majority of the feminine gent wear the muslim scarf from very young age (8 or so), and that did not help me having an idea of woman empowerment. And last but not least, polygamy is allowed (but not the other way around). Arie told me that in Indonesia there is no need for feminism. Because the women already have the power in the home (well, it did sound like what macho men can say in Europe also…). He said if the woman ask for something, such as money for this or that expense, it is very difficult for the man refuse, while on the opposite men are very easily said no to. 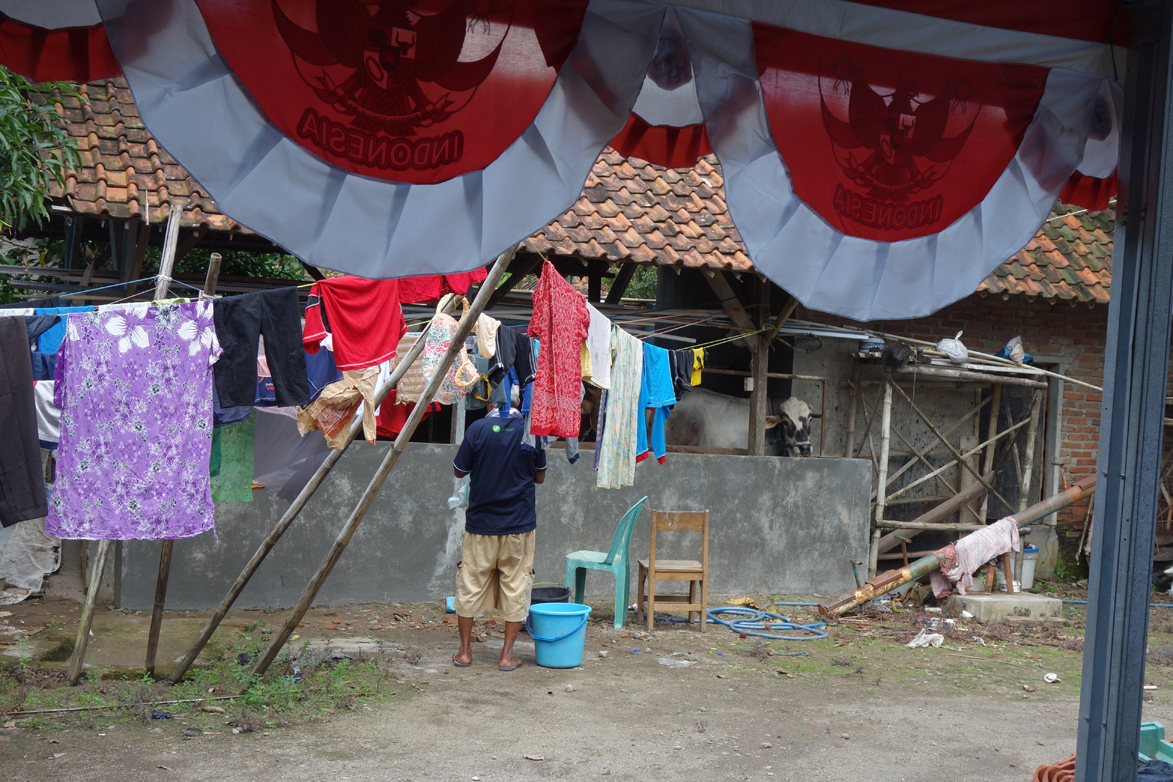 He told me that the domestic tasks are shared, this confirmed to be true. Here is a proof : you can see a man hanging the laundry ;) Later I remarked that men sometimes cook, and help me when I cook. Couples owning a restaurant take shifts. Dads spend time with their children, and in many case, it is grand-parents rather than parents, who take most care of the children. Women I know indeed do what they like, and go where they like. Still, when I said I see no women in the coffee shop, Arie’s argument is that they rather go shopping. But my question is why are the roles so defined ? On the other hand…there 2nd president was a woman! And funny fact about polygamy : the men position is not easy to handle, having either too much sex (which is tiring) or not at all (because the women are jealous of each other and refuse -which is frustrating)…The reason he gave me for not giving right to woman to marry several men was in order to find out who is the father in case a child is born.

Homosexuality is forbidden. There are some community though (in Jakarta) but hidden. The rule is not to have sex before wedding (if people find out that you had sex before, you might get severely beaten up, or end up in jail, or pay fine), therefore everybody get married, usually between 20 and 25 years old. But they can have several boy/girlfriends, they hang-out and maybe kiss. 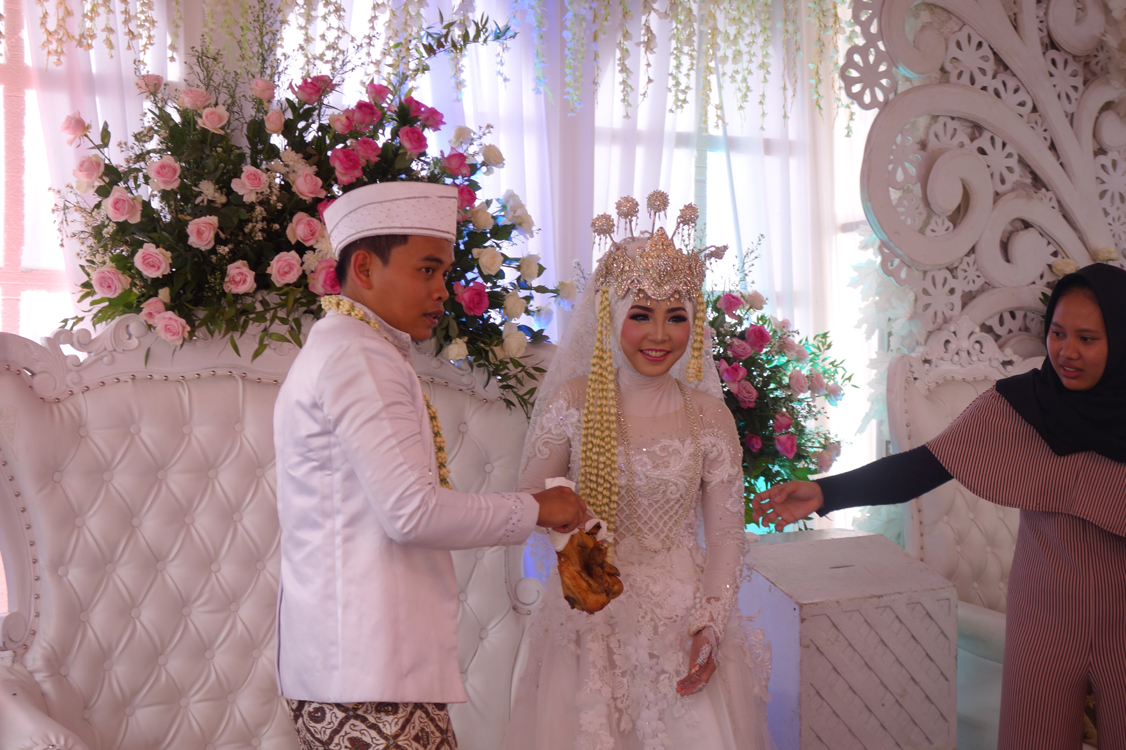 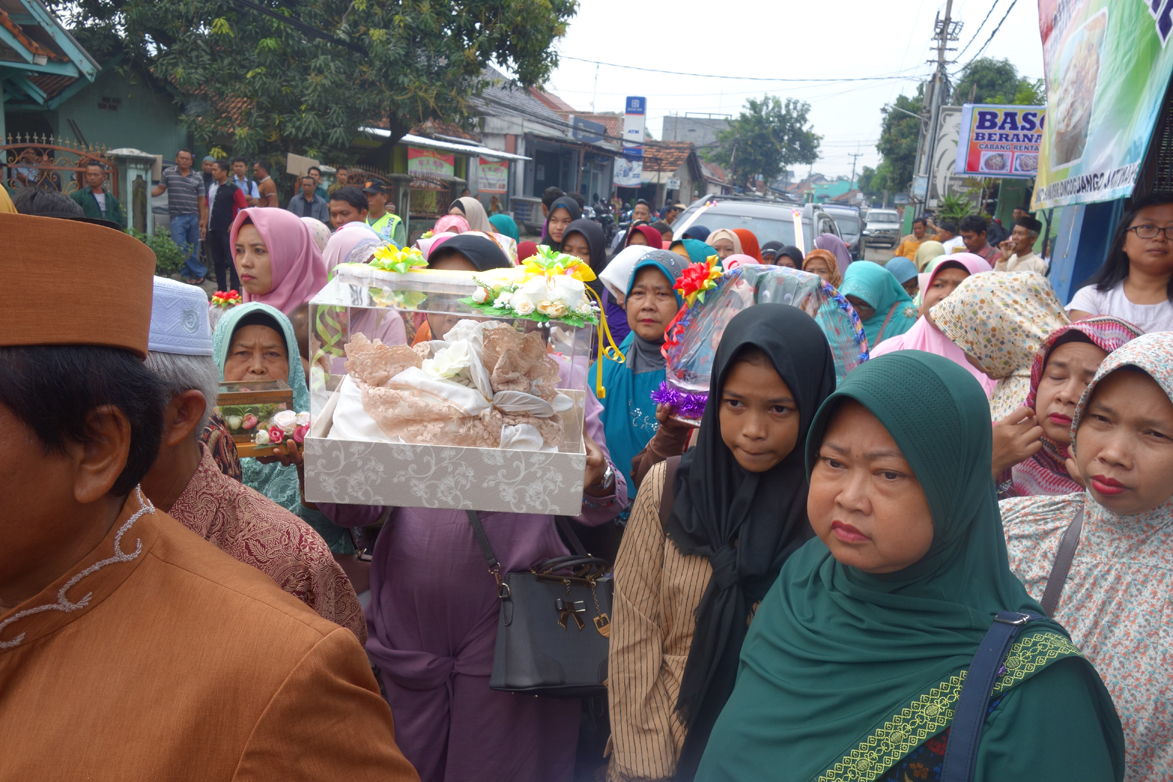 gifts from the men's family

For a girl to marry a richer family is ok, but it is hard for a man of poor family to marry a girl from richer background, since the groom provides gifts to the bride. The woman I do Batik with is single mum and had 3 boys to marry : weddings took all her money.

Children have to comply to their parents’ wishes : Arie for example studied economics (though he hated numbers) because his mom wanted him to work in a bank. Contrary to Europe in which is it important that the grown-up child gets outside of the parents’ house and « fly with his or her own wings », in Indonesia they stay at the parents home. And if they have to study in another city, they come back once they are done. Once they marry they live with one or the other’s parents. Therefore you are very rarely alone. Probably the sense of community starts here.