Residence is how I’d like to define most of my working time. It is an immersion into a context that I would normally not get to know or experience (would I not be that curious for the people that I have little in common with.) By immersion, I mean that I am present and that I engage in a specific context, physically and emotionally. Just like Coccia phrases, my presence brings changes into the context, and the context brings changes in me, we both redefine each other. And in the dialog that is created by my action of coming in, of « sweetly disturbing », space for innovation is created. I develop « situated » actions and proposals that are fed both from things I witness and that triggers me, and from what people tell me, show me, react upon. The outcome is therefore always different and tailored. I would even say that the process is the outcome : the dynamic that I bring with my foreign, curious, enthusiastic self willing to learn from you.

"It is an approach to knowledge [...] that implies entering an issue through a process of experience and experimentation, thus engaging in what Rogoff calls “embodied criticality."
"By adopting an embodied approach to the issues of this research, we aim to generate what feminist theorist Donna Haraway refers to as “situated knowledges”, i.e. knowledges that are generated from an always specic standpoint and that do not distance the knowing subject from everybody else but instead engages in collective processes of knowledge production. In this sense, we understand situated knowledges as always embodied and thus complex as well as contradictory rather than (apparently) objective, disembodied and simplistic." Elzenbaumer, PhD thesis, 2014." 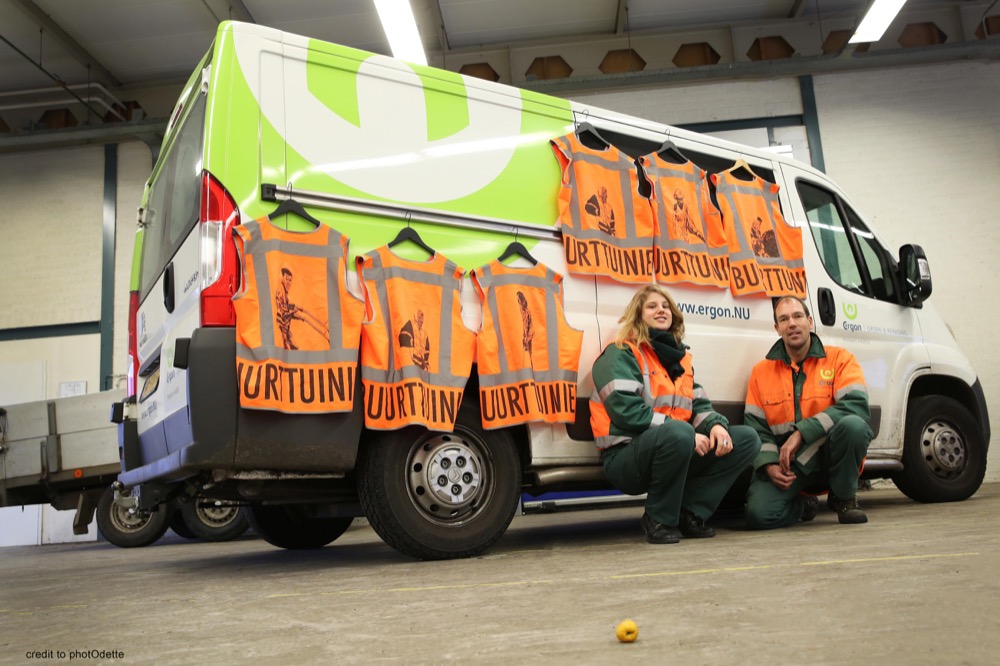 Ergon is a social company of Eindhoven for sheltered work. They provide people who find themselves unable to find a job with several work, most of them related to public services in the city of Eindhoven. I became their first artist in residence, working in their green service -people taking care of public plants- for the duration of my graduation period. After graduation I started working part time as an -almost regular - greenworker, continuing the research from that specific point of view, thus creating an experimental working residence. Few months later I was awarded the Social Design Talent from the Municipality of Eindhoven. With this I was able to further develop 7 concepts for the municipality and the management team of Ergon to better appreciate and make use of the green workers' potential. Although I am not directly working for Ergon nowadays, most of my practice is derived from this encounter with public workers and plants, trying to define what relationships citizens have, and more importantly, would like to have, with their green environment. 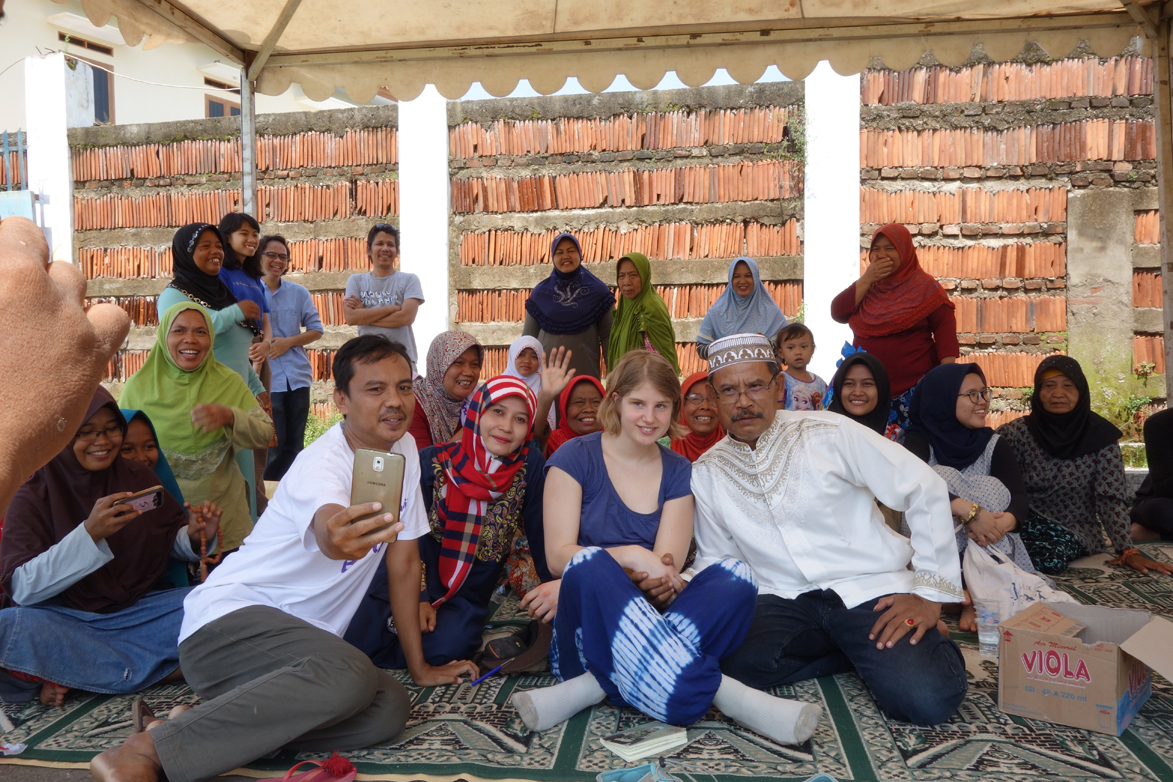 4 months that I spent in a small village of West-Java, welcomed almost as a family member by the people of JAF, artist collectif, while being a local celebrity for the pale colour of my skin (and my long nose) constantly taken in photo. I have learned enormously from their methodology, faith and energy. I saw the strenght one gets from chitchatting, being aware of your surrounding and creating a community. I experienced becoming part of, trying to mingle within, while staying very much foreign. There I developped my current research tools. 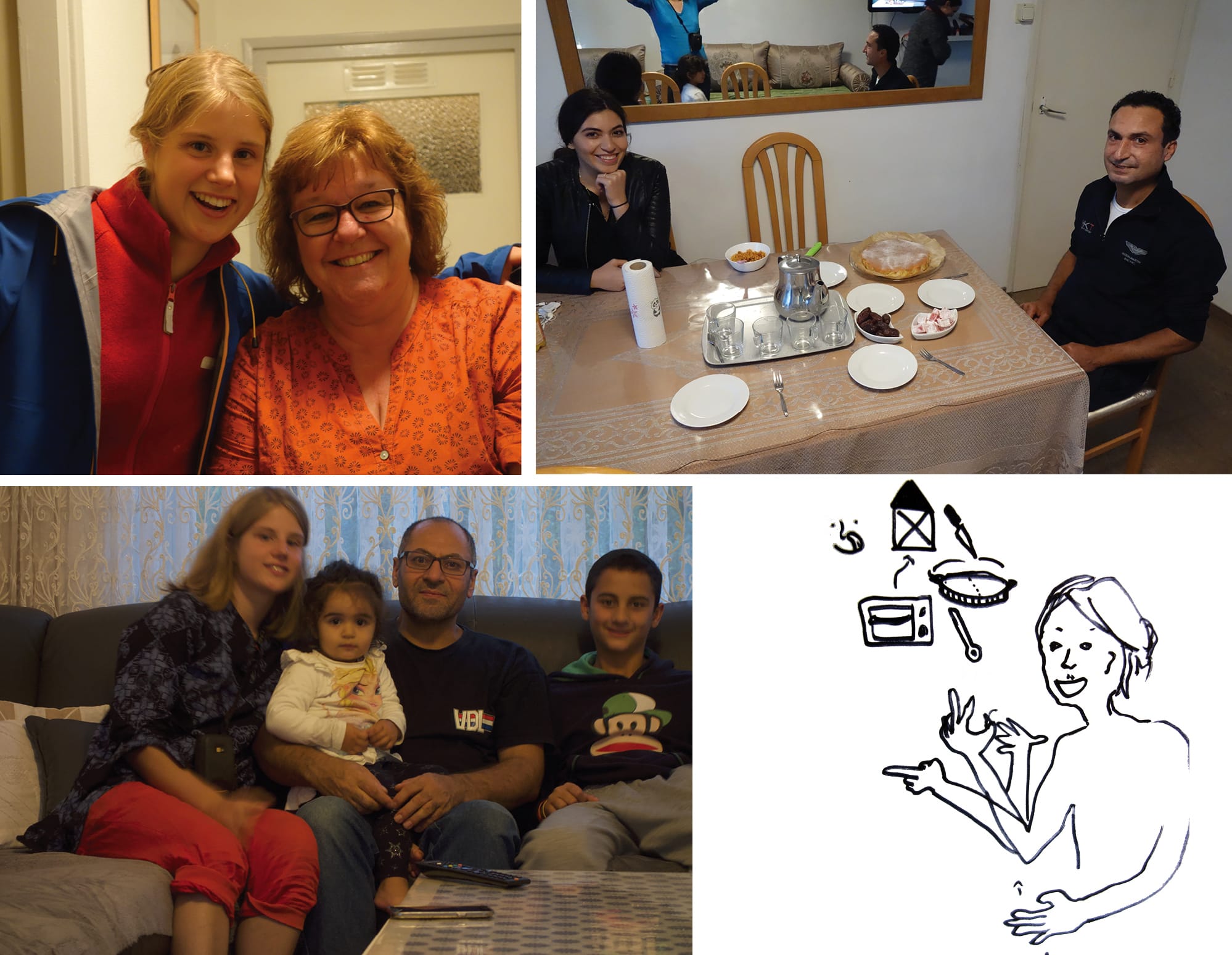 sept, oct.18 -to be pursued. At my neighbours

Trying to meet my neighbours, I rang at their door with an uncooked pie and asked wether I could use their oven. In exchange, I suggested we could share the pie. This allowed me to spend the 30 minutes baking time in my neighbours living room. For some, I was invited to come back for a shared dinner. It was very strong moments where I was plunged into their private life, and although we had nothing in common and still felt very different from each other, we could speak about family, food, health, things to do around here… Therefore I would like to investigate artistic residence outside of culturals institutions, and define art as being also those private moments of exchanging with, thus influencing each other.